My life is full with many different games, As an old MMO game fans, my first MMO is Neverwinter Nights. Now my favorite MMO is Albion Online, this sandbox game is pretty good, and what sets this game apart are three things – Good, Bad and Ugly! 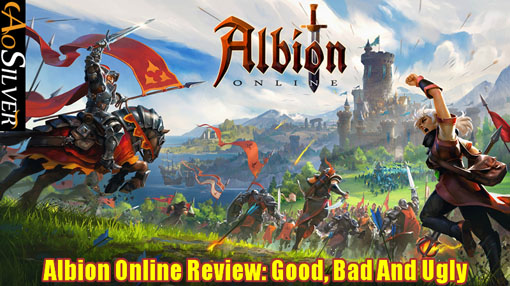 There are no artificial class boundaries and you are basically what you wear, which means you can switch from healer to tank. Weapons, armor, tools and even mounts, That for me was very refreshing from the usual linear advancement where you go to place X and get armor Y and skill Z. From the get go you are introduced to the concept of crafting your own gear. For me this is the best sandbox experience I have had since Asheron’s Call.

It also has a very cool, instanced, housing system where you can do all sorts of thing. Such as crafting, farming and even hire NPCs to get stuff for you. Very nice addition.

Basically you have three base abilities and three supplementary abilities. The combat is unfortunately based on MOBAs. This means that you have very limited abilities that you can use at any time. And the three supplementary abilities are very situational such as a sprint, a teleport, short duration stealth and etc and all with very long cooldown. The three base abilities are often very basic. Do damage, bleed, heal or heal over time. This means that at most times you are only using your first abilities endlessly and for me this creates a very boring type of combat and pigeon holes you into your role. Which are all boiled down to DPS, Healing or Tanking.

I doubt that will ever happen, now this could be easily fixed by allowing you to have more abilities available to you but because of this MOBA style type of combat. And contrary to games like League of Legends there aren’t any game changing ultimate abilities as most skills are very bland. Bad. Very bad.

This game is full loot PvP. Which means that if another player kills you then you lose EVERYTHING you wear. This goes against the MOBA style combat as in MOBAs you lose nothing when you die, which creates an open atmosphere where people risk a lot when fighting and don’t just hug the safe zones. In the best guilds, have full access to over 50% of the game world which coincidentally is where the best loot, PvE and resources are. However due to this apparent contradiction, the majority of players are cramped into the safe zones with only the maybe top 10% of players.

To make matters worse, like all full loot PvP MMOs, it attracts the worst of the worst. Elitists jerks who love to gang up on other people and grief the hell out of them. Not sure why but I am assuming it makes them feel like they are something special or something. Not sure but the worst of the worst MMO players are in this game and they will do everything they can to kill you and take your shit.

So I am currently still enjoying the game as I stick to blue and yellow zones and only occasionally venture out to red and almost never to black (lawless) zones. I wonder though how long I will keep playing the game seeing as 50% of the game world is off limits for me and you need to keep this in mind if you decide to start playing.

Also one final thing. This game is 100% Pay to Win as it is very heavily based on in game currency (silver) and you can buy albion silver by selling gold, which you buy for real money. And this is another reason why I am staying out of full loot PvP zones as you will most likely meet people who have spent lots of money and are as such decked out in the best equipment in the game which will give them a noticeable advantage over you. Not that it matters as you will most likely get gangbanged by 10 of them but just to add insult to injury.

I’d like to play the game all my free time, with my friends and teammates, you know, Albion is an MMO game, so it would be more fun to play with a team or a group. Finally, Albion Online is the best sandbox in 2017, at least I think so.  Always www.mmocs.com is ready to offer you the Cheapest Albion Online Gold and help you win in the game !

Each and every person playing Ultimate Team has figured out the plays they like, the cards they want, As we get into our second week of the official start of the Madden season, and the players that have played best for them. From expensive, highly-rated, rare cards, to the immensely underrated budget cards, many players have stood out in their own way for good or for bad, I myself have found some extremely solid defensive players during the time I have been playing.  I hope you guys enjoy the list and of course are enjoying the newest and best Madden to date! This will be the top five players on defense that I myself have used, whether it be in MUT Draft or Ultimate Team. 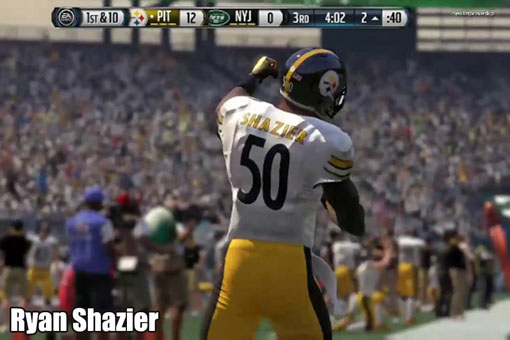 Coming in at five overall under the next highest-rated player on the list. Starting off the list, we have a card that doesn’t exactly fit in with the others. Ryan Shazier may not be the flashy 90 overall that many like to have, but what he does have is speed. Simply run around the middle of the field with him, and you will get many user picks.user has never been so easy, with an 84 speed rating at the MLB position, 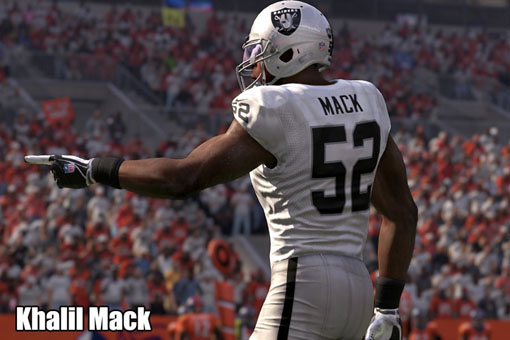 Khalil Mack, Coming in at the number four overall position is the reigning Defensive Player of the Year. He has all of the pass-rushing ability and run-stuffing destruction that you will need in a defensive linemen, and enough speed to even be put into coverage if the situation presents itself. Khalil is a terror for all offensive-linemen and quarterbacks alike, Simply one of the best overall CARDS in the game. 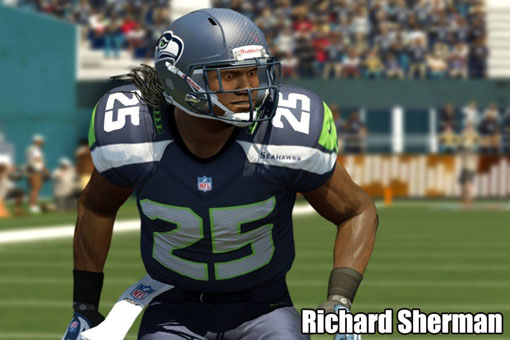 Nobody should dispute the fact that this guy is one of the better cornerbacks of the 21st century so far, At number three is the self-proclaimed “best cornerback in the league”, and that holds true in Madden Ultimate Team. His high zone rating is perfect for any situation, and his play recognition is perfect for those tense moments at the end of the game where you need a crucial turnover. A tad slow for this time in the year, Richard makes up for it with his incredible ability to create turnovers out of nothing. 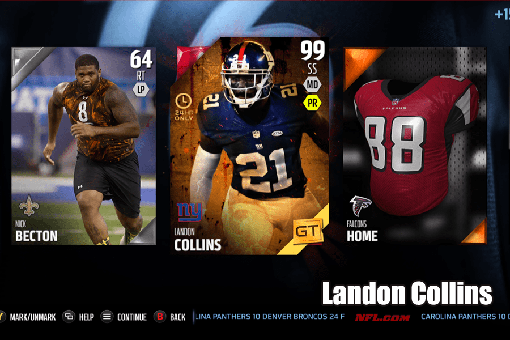 Landon Collins is a terror for running backs, wide receivers, and quarterbacks, Possibly the breakout candidate of the 2016 season. He has an incredible ability to sniff out the run, and will punish the qb with an interception if the ball is thrown his way.  your player will be on his back while the ball is in the other team’s hands, so don’t run towards him with anybody that has a low carry rating because next thing you know. 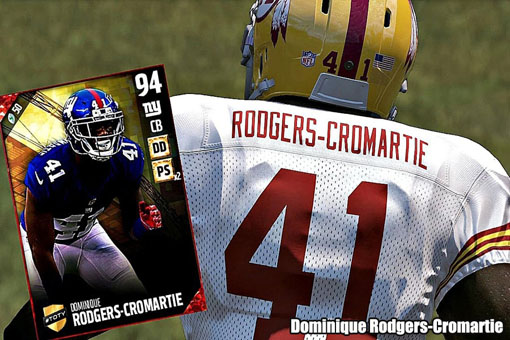 DRC(Dominique Rodgers-Cromartie) is an absolute shutdown cornerback in every sense of the term. At the number one position is quite possibly the best card in terms of playmaking ability to start out the year. Not only can he keep up with speedy receivers downfield, he will completely ruin a number one wide receivers day by making him completely useless. Because more often than not, His great jumping and catching abilities also make him a nightmare to anybody that throws a jump-ball his way, it will end up in DRC’s hands, which in lots of cases could end up as a score. He is the ultimate cornerback, and defensive player at this time in the year. He is without a doubt the best playmaker in MUT, and the greatest defensive player in the game. Look for him on the auction house in Ultimate Team, or in the draft in MUT Draft to take away an entire side of the field.