NHL 18 is an exciting twist to the existing NHL formula.  It is easy to play even for the ones who haven’t really played this video game much.  There are lots of goal-scoring opportunities due to the smaller rink and faster pace of NHL 18.  Instead of following its peers, EA has taken a different course with sticking to its NHL Threes,i.e., three-on-three mode, but the game has super-fast pace and is different from the core game in many ways. 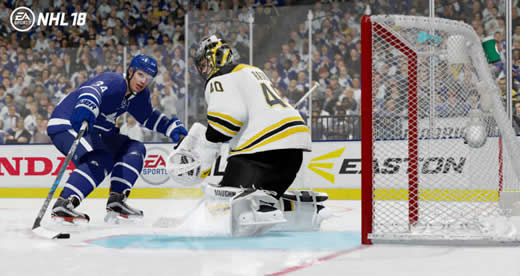 NHL 18 Differences from the Core Game

There are a lot of differences such as bigger and livelier UI.  The commentary is new as well, but the most significant changes are in the rink size.  The rink size is much smaller that impacts the whole gameplay.  There are end-to-end rushes due to the overall chaotic game, and most faceoffs fall to the wayside.  After a team scores successfully, the opposing team gets the puck, and the game carries on.

Another important difference is that along with standard rounds; you can play for set goals as well.  This way, you keep on achieving goals and play the game indefinitely.

Money pucks also add to the charm of NHL 18 as they give you bonus points randomly.  A money puck can even take your opponents’ points and give it to you, so they become pretty valuable.

All this results in getting you a lot of opportunities to score goals, generating odd man rushes and breakaways.  It can be a significant factor in attracting new players to the game who often find it hard to score in the beginning.   However, they will still find it hard to score as HNL is inherently challenging and controls are pretty complicated.

NHL 18 will attract hardcore players more than the novice.  The upside is that instead of five, you will need only three players per side to start the game.  The lively arenas of NHL 18 is an excellent way to separate the digital world from the real sport.  Therefore, it stands a better chance to gain a significant following.

EA Sports released their latest video game installment of the NHL franchise with NHL 18 on September 15th. Good timing: I just recently purchased a new Xbox One S back in July after not having one for the past few years. I had an Xbox 360 for many years but then all of a sudden, the disk tray stopped working. 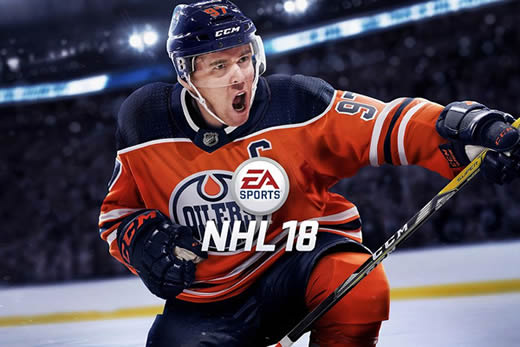 But here I am with an NHL 18 preview, nonetheless. Sit back and enjoy:

This is my first year playing the NHL franchise after NBC Sports took over some of the in-game visuals. The visuals and graphics themselves make it seem like you’re actually watching a Wednesday Night Rivalry game with “live look-ins” to Mike Emrick and Eddie Olczyk in the booth. Having a major broadcasting company like NBC insert their visuals into the game gives it an authentic experience.

The only complaint I have is the lack of “ummph” behind Emrick’s voice. We all love him for his ability to make an otherwise somber 1-0 game into a masterpiece with his use of colorful vocabulary. In the game, however, he simply just says “waffleboarded” instead adding that hint of excitement in his voice. Something to consider moving forward.

This year’s edition of the NHL franchise welcomes the new 3 on 3 game mode that adds an arcade twist to the current overtime format. The user can play with the best three players each team has to offer and can even play with mascots. “Money pucks” are also added to the format which can count as multiple goals for one shot or take away goals from your opponent. It adds an interesting perspective to the game but may not be exactly what die hard fans were looking for when there were other things to be addressed.

Franchise mode is…interesting. You can now add an expansion draft and completely customize your new team. This experience can be rewarding for the user but it is quite time consuming.

I consistently play franchise mode across all sports games. To me, it brings a sense of excitement creating your own reality in taking your team on a Cup run or playing with a bad team and turning them into a competitor. Pro tip: don’t play with the Vegas Golden Knights. Year one is rough and they will blow many leads. Wonder if this will become a reality.

However, many things don’t match up in this game. For one, Victor Rask is listed as a “rookie skater.” It’s near impossible to make a trade within the game mode unless you severely overpay. Ratings, generally, simply don’t make much sense. I may be a bit biased, but how can a winger (Jeff Skinner) who scored 37 goals last season not be within the top 10 in ratings and has little “trade value” according to them? Seems puzzling. Maybe some of the ratings or minor issues with the game will be fixed in a future update.

The many inconsistencies can become a bit bothersome and for this, the score for game modes suffers.

Overall, the gameplay feels a lot different since the last time I was able to get my hands on a copy of the game. Smoother skating controls and pinpoint passing make bringing the puck up ice a lot easier.

However, the new “defensive skill stick” that the franchise is trying to sell you on isn’t all that great. Often, you are caught just redirecting the puck to another opponent or end up with the stick in between a players legs and find yourself in the penalty box.

For the life of me, I can’t win puck battles in the corners. Either my player will completely skate by the puck and miss it, or they will get outmuscled in the corner. Sometimes I even win the puck battle then turn it over. Maybe I’m just bad. (Let me know in the comments.)

Goalies seem to be most easily beaten by one-timers, slap shots and breakaways. A simple wrist shot may have a hard time finding its way into the net, even when controlling one of the game’s top players. Your goalie won’t be your savior no matter what difficulty the game is set on, but they may be just good enough to help you win.

Okay, maybe you might know about some of these but there is a very good chance you don’t know about them all! I actually didn’t even know about the first one until a couple weeks ago and I’ve been playing the EA Sports’ NHL series for over a decade. No idea when that was added into the game but definitely a handy functionality to know.

Do you already know about them all? Perhaps I’m just a noob still ??

Control Last Player Back
How: Hold LT(L2) for a couple seconds
Ever been trying to swap to the last defender back while your opponent is on the rush and you seemingly swap to every player EXCEPT the one you want? Yeah you’re not alone. Simply hold LT(L2) and you will switch to the last player back.
This applies no matter where the puck is on the ice. If you don’t have possession of it and hold down the player switch button then it will swap to the player closest to your goalie.

Focus Camera on Your Player
How: Press “Select” button during play.
Most relevant when player locked(EASHL/OTP)
You can press select in order to focus the camera on your player instead of the puck. This is useful when you are playing a position that requires you to be away from the puck covering someone.

Become The Goalie
How: Hold LB(L1 on PS4) and A(X)
You will often see higher ranked players in Versus or HUT using this tactic to stop breakaways, you may already be using it yourself.
As you begin to play more skilled players you will realize that breakaways = instant goals against your AI goalie.
So the solution is to become the goalie yourself! This might sound scary, but just remember that it’s almost a guaranteed goal if you don’t so you might as well try it
You can do the diving poke check by pushing up on the left analog and pressing the X or Square button. I highly recommend going into the Goalie Practice mode before even attempting this just so you can get familiar with the basic goalie controls.
Another technique is the fake out. Become the goalie for a second to make them think you will dive out, but then swap back to a player letting the AI takeover goalie again. This can throw them off just enough to mess up their breakaway attempt.
The key here is to be unpredictable. Most scorers get right in close to the AI goalie to score, this is what makes the dive out so effective. With that said, if they figure out that you will always dive out then they will just wait for you to do it and pop it in the empty net so make sure you mix it up!
By the way, if you are allowing so many breakaways in a game that you actually need to try multiple goalie techniques on one opponent then you have bigger defensive issues to deal with! Make sure you check out our Defense Guide, if that’s the case.

Pull The Goalie(Without Pausing)
How: LB(L1) and “Select”
If you’re using “Hybrid” controls then it is LT and A(L2 and X)
You’re down by one late in the 3rd and just managed to get offensive zone control – great time to pull your goalie! Of course, pressing start would be a terrible idea in that situation so instead you can just press LB and “select” at the same time.

Slap Pass
How: Pull back the right analog stick for a slapshot then press the pass button(RT or R2). Make sure your left stick is pointing in the direction of the player you are wanting to deflect the pass.
*You don’t need to let go of the slapshot at the same time – continue holding the right stick back and just pass, that’s all there is to it! The pass can’t be powered up so don’t waste any time holding the pass button.
If it works then it will likely be one of the smoothest looking goals you’ll ever score in NHL 17! I recommend trying this during a 2 on 0 practice mode session first.

The Dump-in
How: Hold RB and press up on the right analog as if you were doing a normal shot. Use the left analog to point in the direction you want the dump-in to go.
The dump-in is a lot more commonly known tactic; however, it is extremely under utilized in the EA Sports NHL series. This makes me think many players aren’t aware how to do it or aren’t aware how effective it can be. Either way, I’m about to change that!
First, make sure you have fast players on the ice so they can get to the puck quick after you dump it in. Second, before dumping it, skate to one side of the ice to pull as many of your opponent’s defenders to that side as possible then dump it in the opposite side.
It will most likely be one of their players who get their first but you should be close enough behind them that you can just bump them off the puck then pass it out front for a quick one-timer or throw it around the boards to start a cycle.

Come to mmocs.com, you can buy HUT 18 Coins so as to choose to play at any league as you want. We have NHL 18 Ultimate Team Coins for all platforms.